Why Seeds of the same Strain produce Different looking plants

“I planted ten seeds of the same strain, yet they are all different. Why?”

Did you pop a bunch of seeds of the same strain, and yet every single one was different? Did you wonder if you did something wrong, or maybe the seed bank ripped you off?

Most likely, the truth is that you did nothing wrong, and the seed bank did not rip you off. Instead, you are looking at the phenotypic variety that can be expressed by the cannabis strain you selected.

What is phenotypic variety? Well in this article, we will explain how there can be variances among plants of the same strain. Before you select and maintain a mother for cloning, you must first ensure you have selected the right phenotype.

Growing from Seed can result in a lot of variation among your plants.

Seeds are the Children of Mother and Father plants

The act of breeding cannabis involves taking pollen from a male and fertilizing the female plant. This sexual conception will yield offspring that share traits of both the mother and the father. This is how new strain varieties are created.

If there are multiple offspring, will they all share these traits equally?

Each Seed is a different Phenotype of the same Cultivar, Strain Variety

The concept of phenotypic variety is easy to understand when you consider that most brothers and sisters are both alike but different.

Your mom and dad had kids, and their kids were all different. Sure, there are similarities among all of them, but they are all different in one way or another.

Sometimes the differences among offspring can be stark. And sometimes, two parents had a group of kids, and they are turned out pretty similar. That happens too.

And the same thing happens with cannabis. Every seed from a cannabis plant represents both the parent strain as well as its own unique identity.

If we are to take the scientific language of biology and translate into cannabis, it goes a little something like this:

The genotype is the family name, say the “Smith Family.” John Smith and Pocahontas came together and formed the Smith family. The descendants that come thereafter will share the name “Smith” and will be members of the “Smith family,” but each will be a different phenotype with his or her own unique differences, along with shared similarities.

Why are there so many differences between phenotypes

There are several reasons why phenotypes can express differently. The first point we have already covered. The seeds of a cannabis plant are like children, and they will all have unique individual differences while sharing general similarities. There are other reasons, though.

One is that newer strains tend to have greater variation. This is because the breeder could have put the strain out even though it was a first generation.

Strains become more stable when they are replicated for many generations, but this takes years.

When a breeder crosses a male and female, and gets seeds, that is merely one generation. The seeds from this cross would be considered F1.

If the breeder were to pop those seeds, select a male and a female, and cross those two phenos, then we would have an F2. That is because we took seeds of the same strain, and crossed them again.

Anything less than an F1 will have great variation. But an F2 will not be as stable as an F3, and so on.

How Phenotyping applies to Cannabis Cultivation

At Smokey Okies, we popped a couple dozen seeds of Banana Cake. This strain was created by In-House Genetics, and crossed Seed Junky’s Wedding Cake with Banana OG.

We had a lot of phenos but we only kept two. Banana Cake #1 is a funky green pheno, and Banana Cake #2 is a deep, dark purple pheno with a sweeter nose. 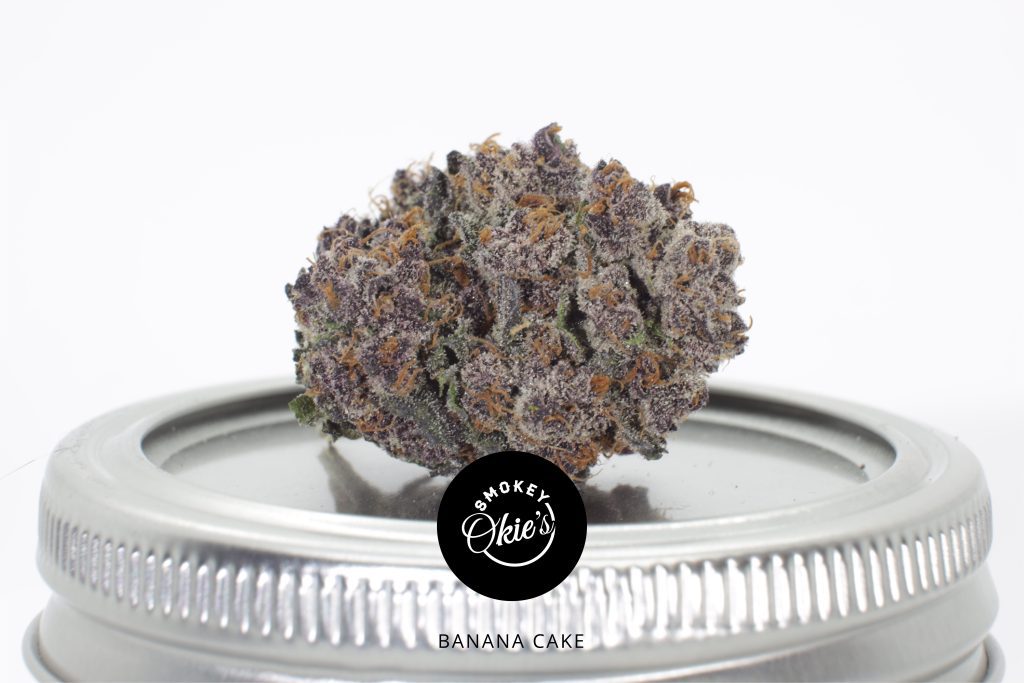 Two seeds from the same parents and the outcomes are wildly different. See below for a picture of each pheno.

Another example is California Dream. See the side by side of these two phenos. One was an ugly plant that had massive yields. The other pheno was lighter on the yields, yet had a darker hue, with a nice contrast between purple and the orange pistils. 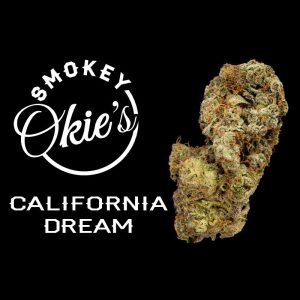 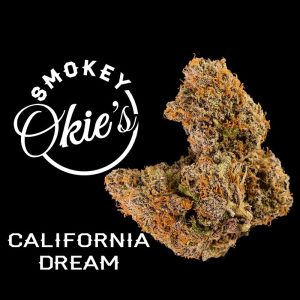 You see, if we would have just planted these seeds, and then cloned off of each of them, we would have 24 different phenos of the same strain. This means that each pound that we weigh out would look different. Further, because most plants don’t yield more than a quarter pound, each of our bags would contain many different phenos. It would look like a mess. There would be no consistency bud to bud, and the bag appeal would be lost.

But not only that, the other problem with combining multiple phenos is that these are basically different strains, to an extent. They all have different THC and terp profiles, and therefore they can taste and smell different.

Pheno hunting brings consistency to all aspects of cultivation.

First, it brings consistency to the end product. Mixed phenos do not have the same bag appeal as a clean crisp bag of uber consistent nugs.

Second, your cultivation practices will be streamlined by only dealing with one pheno. That’s because phenos can grow differently – taller, shorter, wider, etc.

That means that if you have a table full of California Dream, you want to run an even canopy. You want to string trellis along the top of a proper looking plants. When you have multiple phenos, it’s like having a dozen different strains all growing differently.

Lastly, pheno hunting — the act of collecting data and numbering your strains – allows you to know what you’re really working with. If you are not tracking your phenos, then you will always be dealing with question marks. Everything will be different all the time and you won’t know if it’s something you did or if it was because of the pheno.

In our next article, we will show you how to implement phenotyping into your growing practices. Until then, rest assured that you did nothing wrong to create this outcome of wildly different plants. It is a part of the nature of the plant.

However, if you are wanting to seize greater control over the outcome – what farmer doesn’t? – then you must implement phenotyping and pheno hunting.